This is Rachel, Natalie’s associate (and bestie). And I am writing this guest blog to share my AWESOME potty training experience with Diana of PooLogix.

My 3-years-and-2-months-old boy (at the time), who on social media I lovingly refer to as Goose, had ZERO interest in using the potty. I was under the illusion (from the very few things I’d read online), that Goose would wake up one day and be like, “YO Mom, I’m ready to do this toilet thing.”

I waited for that day patiently.

Just kidding, I am patient for nothing. 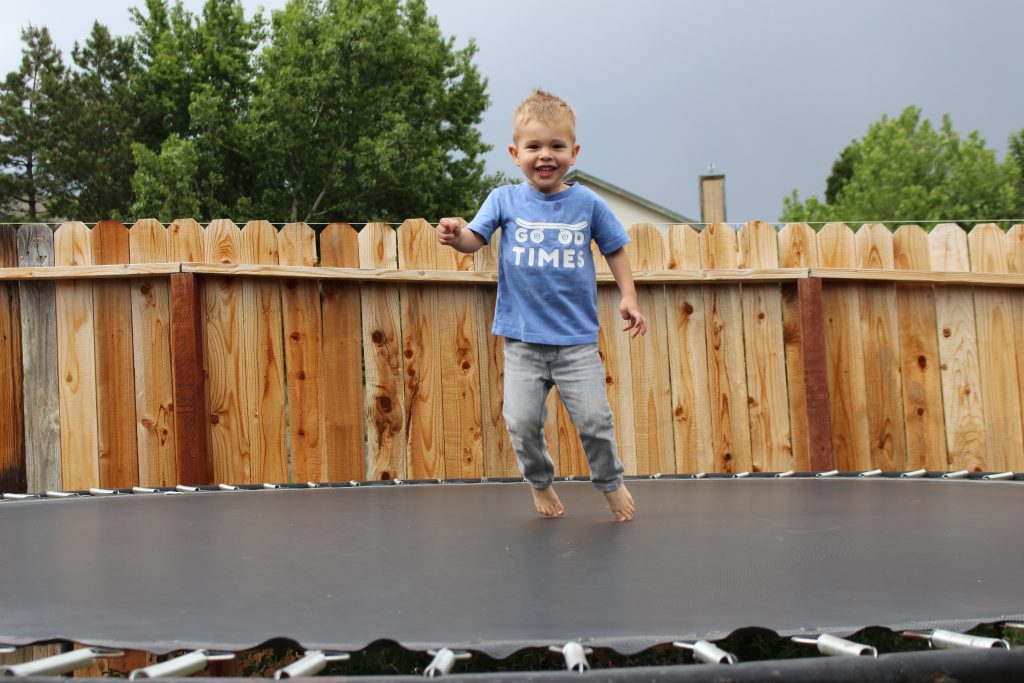 I’d listen to some friends and family who gave me advice like, “Put cheerios in the toilet for target practice!” “Let him watch YouTube until he poops!” “Strip him naked and keep him outside until he pees and poops!”

To my surprise, Goose would actually pee in the potty! And once, he even pooped after 20 minutes of mind-numbing Genevieve’s Playhouse! But then we’d leave the house, and I’d panic, and put his diaper back on him. Or I’d get overly confident and put him in some big boy underwear, only to watch him soak them (or even worse…poop in them) an hour later. Even after being asked repeatedly if he needed to go potty.

My day wasn’t coming, and I needed real help

In fact, I was getting really frustrated, and disheartened that this was a me problem. And there was something I wasn’t doing right.

I didn’t have time to read a book, nor would I have even known where to begin in choosing the appropriate one. After asking allll of my friends their methods, none of them seemed to fit Goose’s personality. Or, their advice had already become my past (failed) efforts.

I reached out to quite a few professionals, and Diana of PooLogix really stood out to me. She is a Board Certified Behavior Analyst on top of being a potty training expert. If anyone would “get” my stubborn and elusive Goose, it would be Diana.

Diana and I had a lengthy phone consultation, about a week before I began formal training. She asked about Goose’s personality, and our past potty training attempts. And then she went into the full rundown of her method. It seemed intense. Which is funny because sleep training seemed intense too. It didn’t dawn on me that hunkering down, just like in sleep training with the Baby Sleep Trainer method, was the surest and fastest way to see results that stick.

I went out and collected my “potty prizes.” Ie. Lots of cars that make noise, and a big bag of candy. (I would be rewarding myself as well during this process.) I printed out the potty tracking chart Diana provided, and mentally prepared for my *at least* 3-day of house arrest endeavor.

I gave James the spiel about the end of his diaper affair, stripped him down to just a shirt, whipped out my timer, and revealed his “motivators” to him.

He proceeded to use the potty every 15 minutes – no joke. Pee got him candy, and poo got him one of the bigger car prizes. He pooped before lunch. In fact, he pooped 3x that day. I was more than halfway through my motivators already. This kid was a toilet machine. I was advised to skip his nap for the day (to avoid incidents), but he was going SO much that I let him sleep – and he woke up dry! The 20 towels I had laid beneath him were unused. Miracle of miracles was occurring. I put him a pull up for nighttime and called the first day a raging success.

I was so thrilled and super confident. He was really proud of himself too, and excited to wear his new PJ Mask underwear. I was probably a little too drunk on yesterday’s success that I didn’t leash him as much to the potty. We had a poo and pee accident. Instead of freaking out like I had in the past, I followed Diana’s protocol. (Who by the way was also checking in with me daily to monitor my progress, and provide real time feedback and pivots when needed.) So I made him help me clean it up, and moved on. I paid closer attention again now, and he completely cleaned me out of my motivators by the end of the day. I was having to raid my pantry to find things to offer him ie. candy canes from 2 Christmases ago…

I re-stocked myself with 5 fresh new motivators at night, and watched the Christmas-morning effect take place again when he saw his new bounty. Once again, the poop and pee wouldn’t be tamed. He wanted those prizes SO bad. 3 poops again. A million pees. I went back to Diana, who advised me to keep going, and then prepare to transition to a sticker chart to slow the prize train down. My kid was about to poop and pee me out of house and home. The sticker chart was a genius idea.

We ventured out of the home for the first time for a quick errand – AND STAYED DRY! I was elated by what seemed completely impossible to me 4 days before – a potty trained Goose. This day I did not restock the prizes, and instead was continuing with the leftover candy instead. This placated him, but he was definitely missing the bigger motivators, and I was afraid we’d start sliding backward. I made the sticker chart while he napped. A small sticker for pee, a big sticker for poop, and stars throughout the chart (that spaced out further and further as the chart went on) that represented prizes. These prizes would be candy from here on out. I ain’t made of money. To my relief, he learned to love the chart pretty quickly.

My kid is potty trained. We still have pee accidents on average every 3-4 days (when I don’t insist on him using the potty every couple of hours because I’ve lost track of time, or been distracted by something). And only 1 poo accident. He was really disappointed in himself for that. And it was then that I fully grasped how he was into his new big boy underwear life just as much as I was. Sigh of relief.

He’s still in a pull up for nighttime, and he gets a sticker if he’s dry in the morning (which he’s done a of couple times). But after going on a week-long, road trip-style vacation, he doesn’t even really care about his sticker chart anymore. He will actually tell us, as equally as we remind him, when it’s time to go potty.

I could not be happier with our results, and am looking forward to when little sister gets her turn in the sun – or rather – the commode. I will not wait so long this time. And I will start stowing Goose’s former diaper money away now so little sister won’t break my bank 🙂